Buildings are responsible for 50% of greenhouse gas emissions worldwide. Concrete alone accounts for 6% of these emissions.

I got involved alongside Neuchâtel politician and farmer Fernand Cuche in 2012 to support the LAT (Law on land use planning). We crossed part of Switzerland together with a donkey.

So I wanted to build my house by respecting a certain number of criteria.

The name of the house, Raroia, is that of an atoll in the South Pacific, where Thor Heyerdal’s Kon-Tiki Expedition completed its Pacific crossing on a balsa raft in 1947. This expedition meant a lot to me. inspired and brought back some sand from this atoll on one of my trips. Some of this sand was put in the foundations of the house

We therefore decided to make this house out of wood, thus limiting the use of concrete which produces CO₂, by a material which stores it. Raroia thus stores about 35 tons of CO₂ in the wood of our house.

With our partner Marti Arc Jura SA, for the concrete foundations needed for the project, we opted for recycled concrete in which around 3 tonnes of CO₂ were captured and stored there. These 3 tons stored in the concrete of Raroia make it possible to reduce the quantity of CO₂ emitted by around 15%.

The house has been insulated with the best possible materials, in order to limit heat needs in winter.
With the help of my friend and architect Christophe Farine, we imagined the renovation of this building around photovoltaic solar panels. This is to be able to produce as much energy as possible.

Thermal solar panels make it possible to produce domestic hot water and reduce electricity needs, this hot water will also be used to recharge the geothermal probes of the heat pump.

The heat pump is powered directly by photovoltaic solar panels and, thanks to geothermal drilling, ensures the heating of the building. The efficiency of this heat pump makes it possible to multiply by 5 the electricity produced by the solar installation in heat.

In summer, it will be possible to cool the house using water from geothermal probes, this will also allow the ground to be heated in order to increase the efficiency of the heat pump in winter.

A battery storage system (called EATON), coupled with an EMS (Energy Management System) and thermal energy storage in the form of a hot water reserve, will allow intelligent and efficient in the energy produced.

The 4 parking spaces will be equipped with chargers for electric cars. It is believed that the solar installation will enable more than 20,000 km to be covered per year.

Thanks to our partner Cuisines Droz & Perrin, household appliances such as the washing machine and the dishwasher will be connected to the domestic hot water network. They will operate either with solar thermal or photovoltaic energy via the heat pump.

It is also planned, in a second phase, to recover rainwater and install solar panels on the facade to produce more energy in winter. Dozens of sensors and a weather station will also be installed to measure the efficiency of the systems. 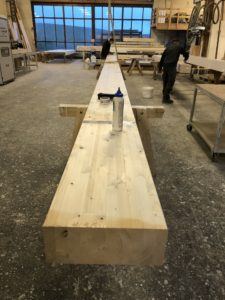 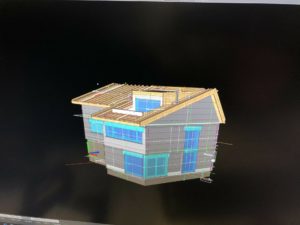 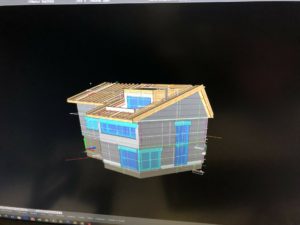 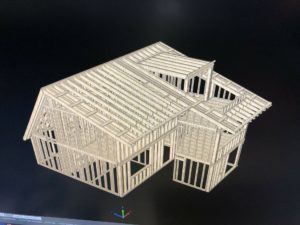 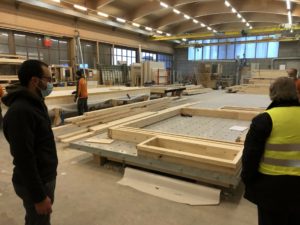 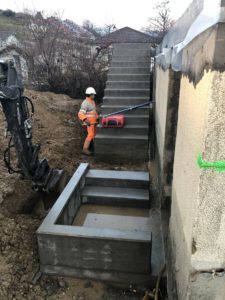 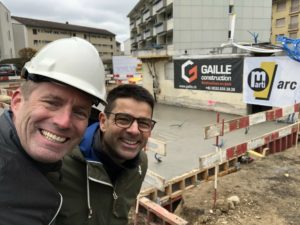 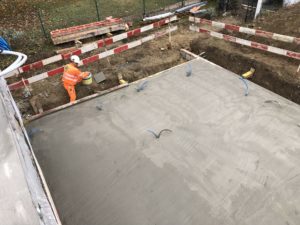 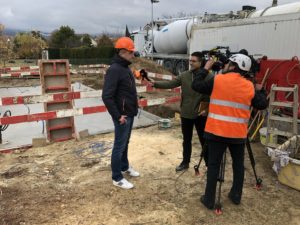 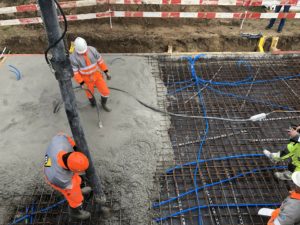 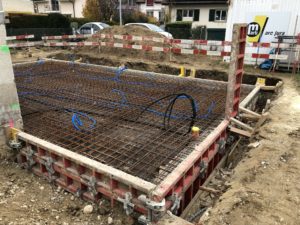 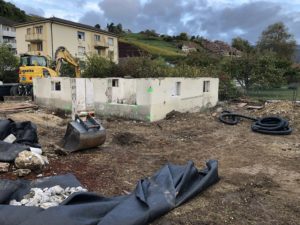 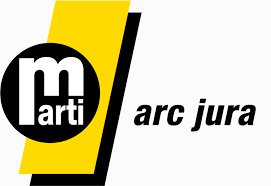 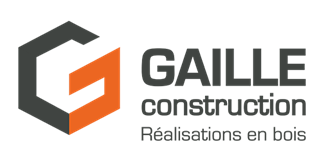 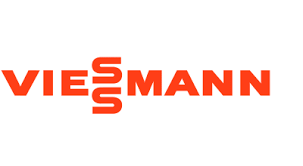 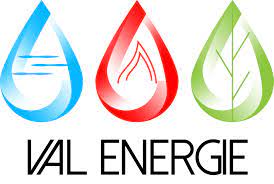 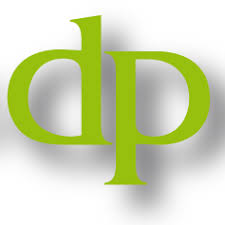 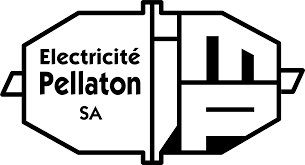